This immaculate, Euro-version Wolf (has a three gauge instrument cluster) is owned by A.D. in Turkey.  It's probably the only bike there with a Scooterseals seat, chrome rack, clear flyscreen, and stainless steel air pipe.  Note the bottle type exhaust that came on those bikes.  Unfortunately it is no longer available in Taiwan.

No, it’s not a snowplough.  It’s KT’s Canadian Wolf, complete with a Scooterseals fly-screen, and it has ventured outside to scare away Old Man Winter.  (I’m not sure if that works, but it’s certainly worth a try!)

This is a 1958 SJK Colleda ST-5 125cc two-stroke I have.  It has a three speed transmission and puts out about 7 BHP. It was made by the Suzuki Weaving Loom Manufacturing Co. before it became known as the Suzuki Motor Co.  Like most early Japanese motorcycles it uses a  British Amal carburetor.

The Canadian owner of these fine machines wishes to remain anonymous.  He did a beautiful job on his cafe-race Wolf.  The pipe is from Scooterseals. 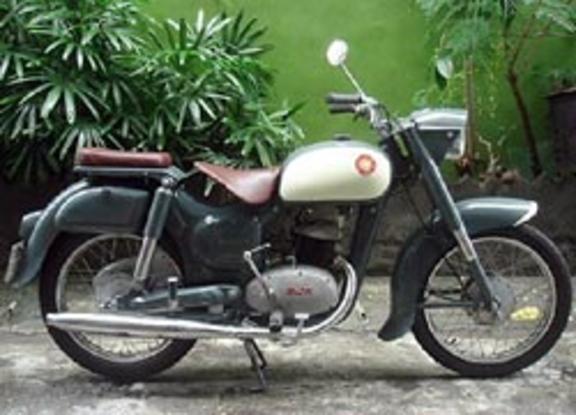 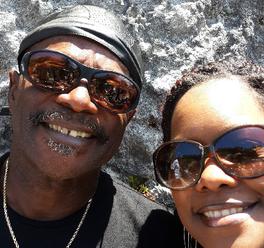 This Australian bike isn’t a SYMBA—but it’s close, and gives you an idea of what kinds of customizing you can do with a bit of hard work and some inspiration.  It’s a Honda CT110 Australian Post Office bike belonging to S.C, in Australia.  He says ”I have attached a photo of the custom postie and as you can see I have cut, de-baffled and shortened the exhaust, along with a couple of other things. Most of the changes have been appearance, so the engine is standard and prior to the custom job I rode it completely standard red and 30,000kms on the clock across the Simpson Desert here in Australia in Aug 2012." 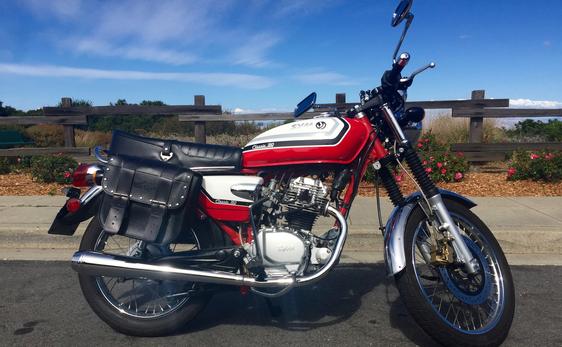 JN in Bermuda  has taken a slightly minimalist approach to his bike while still retaining stock fenders, etc. for street use.  The airbox has been replaced by a pod filter, the sidecovers were discarded, the fuel tank appears to have been stripped and polished, and the heat tape adds a 'tough' look to the stock exhaust system.  I didn't sell JN those  brown grips but if anybody ever wants traditional hard rubber grips in brown or black, I've got lots of them. 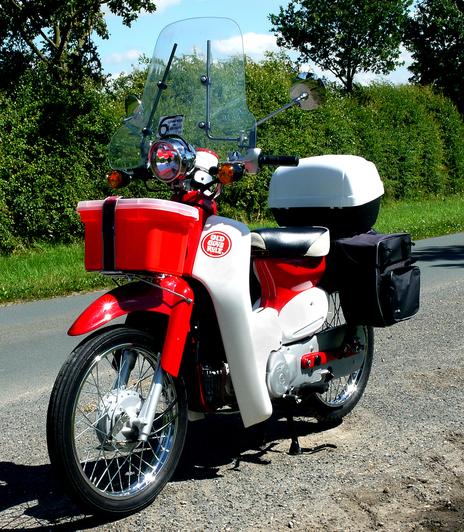 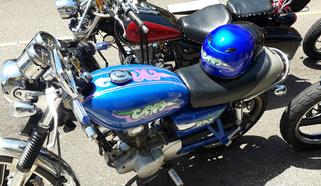 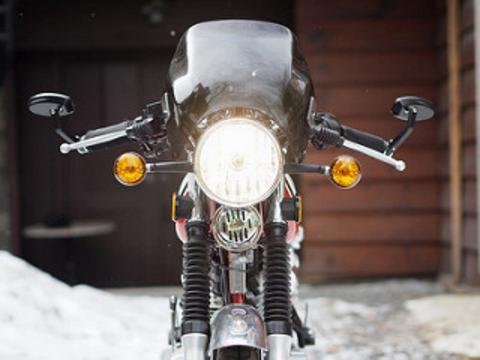 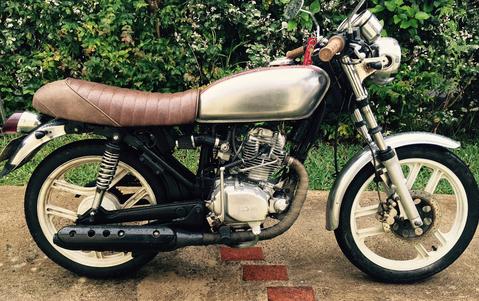 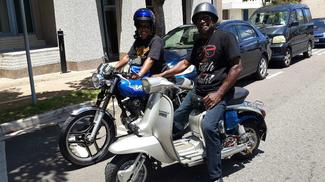 This attractive Wolf, owned by SC in the USA, is sporting a set of Scooterseals saddlebags.

These are photos of some customers' bikes.  If you have a nice shot of your motorcycle or scooter, we'll be happy to add it to the rotation here.  All you have to do is email it to us. 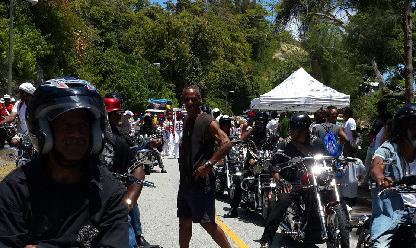 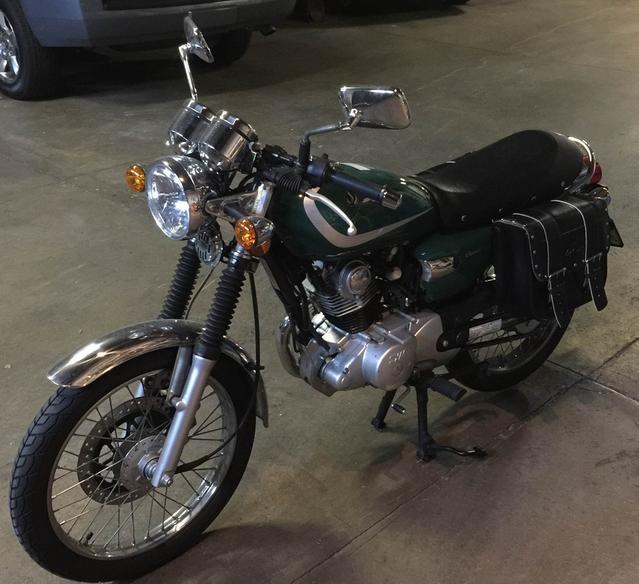 These are some shots from Bermuda submitted by K.S.  The SYM Wolf with the nice, custom blue paint job is hers.  The cool Lambretta belongs to her Dad. They are on their way to ride in a parade. 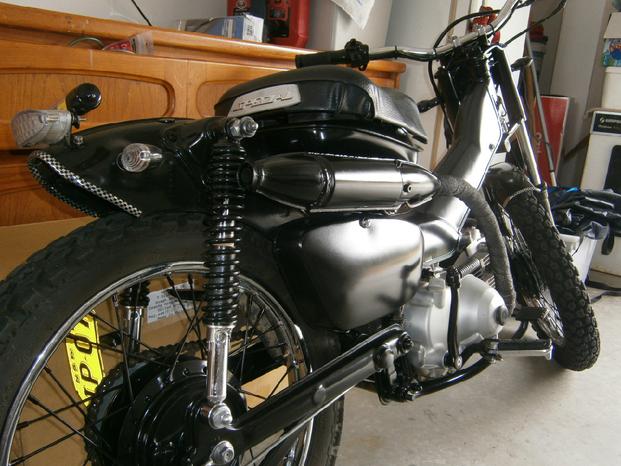 This  classically decked-out Symba belongs to R.S. in Great Britain.  It has ample cargo space for road trips and is a very good looking bike.  I supplied the rack that supports the front cargo container. 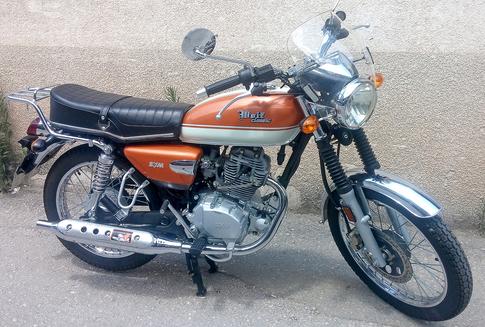 This 150 Wolf is owned by T.S. from the USA.  He's added a vintage seat and a stainless steel heat shield.  He's also stocked up on some basic maintenance items (eg. filters, chain adjusters, levers, oil drain bolt, tappet covers, etc.) so that a small problem won't leave him unable to ride. 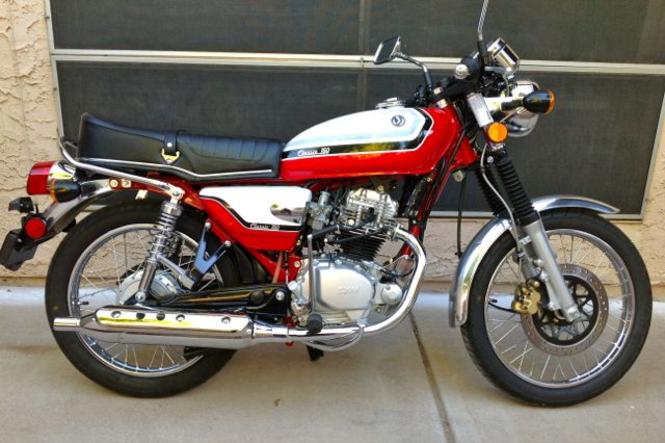 This west coast beauty belongs to GL in the USA. It's decked out with saddlebags, a cool sounding traditional exhaust system and a vintage seat.